My Reflections on the First Make Divorce Healthier Supposium 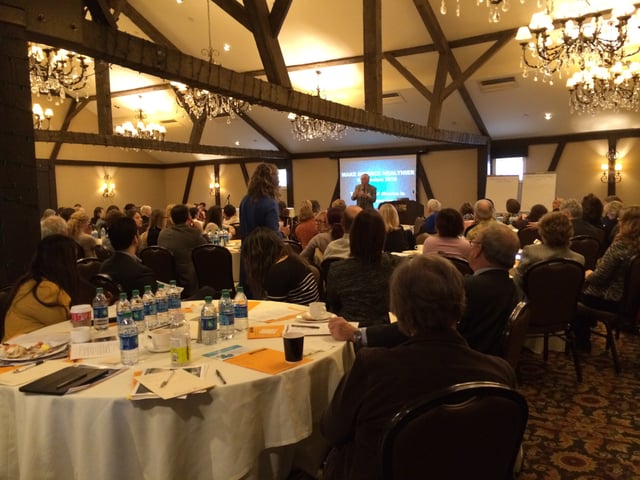 I’m still reeling from of our first Make Divorce Healthier Supposium (spelled correctly), a gathering of over 130 divorce professionals who, by showing up, committed to making divorce kinder, more mindful and more affordable.So many thoughts on my role and experience as Chair of this magical event- where to start?

First, people seemed to be astounded that this was even pulled off with a sellout crowd in year one. But I really wasn’t surprised. I’d been paying close attention to the needs of this community ever since I co-founded Main Line Family Law Centerand got into the divorce business (yes, it is a business) 5 years ago.

See, I’m a bit of an outsider. I come from the world of education, nonprofit, marketing and entrepreneurship. I don’t know any judges personally, nor the inner workings of family court. I have no political ties. So in that sense, ignorance was bliss. Perhaps my kind of skills and background were just what the field of divorce needed.

In growing our business, I’d met so many caring and generous people who’d been touched by divorce, only to find themselves called to help others. Their stories of resilience have become woven into the fabric of the larger conversation. Then, this past year, I finally heard a call of my own - to bring a larger community of these kinds of folks together. People who were starving to be seen as part of the solution and not furthering a problem.

"People who were starving to be seen as part of the solution and not furthering a problem." 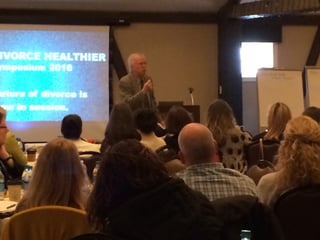 I’d also quickly discovered that healthier divorce was actually a cause that has been largely ignored in our culture. After all, there’s a choice to divorce - unlike, say, cancer.

But I’m really not one for rhetoric....I’m more of a get-it-done kind of gal. I like dreaming big, working with remarkable people, creating content, and monetizing ideas that matter.

This supposium couldn’t be a day where we leave depressed, burned out, and apologetic for the work we do, because we rehashed just how bad divorce can end up for families.

"...there was power in the energy of 130 people in the same room, all having related discussions."

I admit it was hard to gauge the content level because of the interdisciplinary nature of the audience. I also knew the roundtable discussions might be noisy, but I also felt there was power in the energy of 130 people in the same room, all having related discussions. Each person was pushed to listen that much more closely to each other over “the noise.” What an unlikely metaphor and exercise for making divorce healthier.

I only met one lawyer who said he was there for the CLE’s. Even he was surprised with how much he was enjoying himself, and said this was not the typical CLE program. 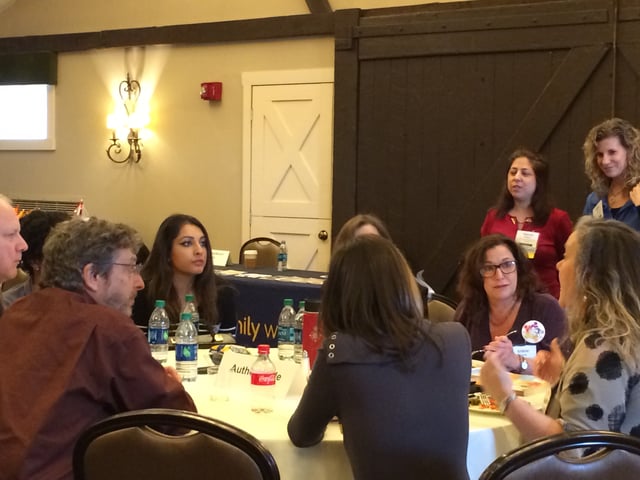 Many would agree that there was something magical about the day. Just to prove it, I noticed six coincidences in my symposium experience:

* The event was held in the Silos ballroom. How appropo, considering for too long, we’ve been working in our respective silos, which has contributed to the problem.
* Our event planner’s 3rd anniversary was on Nov 15th, the same day as our event, and her wedding in the same ballroom.
* The venue for a divorce event was held at the #1 wedding destination in the Philadelphia region.
* The keynote focused on the value of discernment in preserving relationships, no matter their marital status. We don’t lose business. Clients trust us more and will come back, if and when they are more ready. And they will be much better clients. Could we have brought good karma to those getting married here?
* A friend I hadn’t seen in 30 years attended and ended up volunteering. We were a bit competitive in elementary school - and there she was, supporting and encouraging me. What a coinkidink.

And now, the biggest coincidence of all. The event was held exactly 1 week after the most contentious election in our entire lives. Between a man and a woman, no less. Just enough time for a little emotional distance, but not so far out that it was still on all of our minds on Tuesday.

Think about it. We spent months watching candidates unwittingly play to win - at all costs. Insults hurled to motivate their base. These tactics ultimately caused a nation to become divided, full of blame, deep sadness and grief. Repressed anger has been unleashed. What we see now are heels digging in further, guards going higher, fear making its way into our hearts and spirits.

What we are actually witnessing or feeling in this country is the pain of divorce.

"The Make Divorce Healthier Symposium instantly became part of a nation's healing - one couple, and one divorce professional at a time."

The Make Divorce Healthier Symposium instantly became part of a nation’s healing - one couple, and one divorce professional at a time.

That’s why I believe it was magical for so many.

Lastly, I learned something about myself in all this.  As an artist and social being, nothing gives me more joy than when I create - create a space for each person to play a role made just for them. To watch all those individual pieces work together for the greatest good is just awe-inspiring.

I thank you all for offering me a palette of colors to work with, allowing me to mix the colors boldly, and create this work of art that I call the Make Divorce Healthier Supposium.

** This blog was originally posted on the Make Divorce Healthier Symposium website. 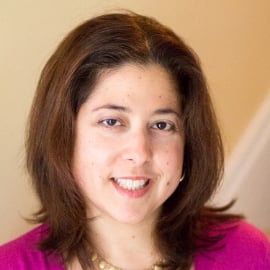 Want to learn more about the Make Divorce Healthier Symposium?

END_OF_DOCUMENT_TOKEN_TO_BE_REPLACED

Fresh Start: 5 Ways to Adjust to Life after Divorce

END_OF_DOCUMENT_TOKEN_TO_BE_REPLACED

How I Adjusted to the 'New Normal' of Divorce