[Story] Why I Wouldn't Dare File for Divorce All By Myself 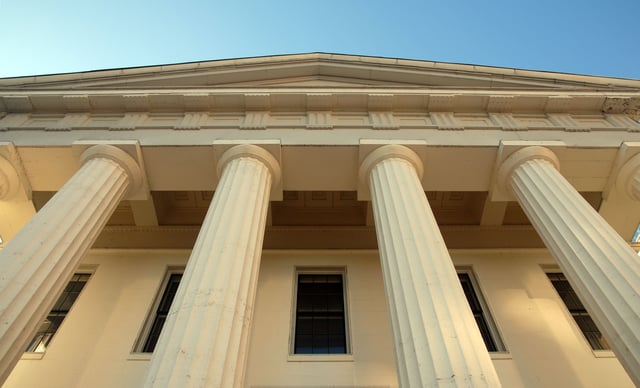 This summer I spent interning with Main Line Family Law Center, a firm that specializes in mediation and divorce without court services in the Philadephia region.  Yesterday, I dedicated part of my afternoon to go "undercover" - investigating the elusive Divorce Kit that the local courthouse in Montgomery County, PA offers to spouses who wish to file for divorce by themselves (or "pro se" is the fancy legal term.)When I called ahead of time to make sure it was something that I could easily obtain, I was presented with very little information. Upon calling the Office of the Prothonotary (another fancy term for courthouse) and asking for more information on the kit, I was immediately transferred to a divorce clerk. When I asked about the Divorce Kit, she knew very little information about it, but vaguely recommended I head over to the library to grab one. I was unsure what that meant. A library?  Local library? Where was that? I figured I would not have acquired any especially helpful information, so I decided to hang up and make my way over.

Let me begin by first saying that as someone who is not familiar with the area (I'm originally from California), the courhouse is not an easy building to locate. With the help of my GPS and some common knowledge, I deduced that the court house was, in fact, the fancy looking building I saw in the distance. There are signs vaguely pointing the driver in the direction of the courthouse, however they lack specificity, and leave drivers like myself driving in circles! If you are going to make your way over, definitely allot some time to make a few wrong turns, as the city of Norristown, itself is filled with several one way streets!

Once I finally arrived at the Montgomery County Courthouse, I couldn't figure out where to park! The layout was very confusing, as there was unmarked street parking, a parking lot, and then some metered street parking. I ended up parking using the meter - boy was that expensive! After I had parked I found myself walking in circles trying to find out which door to enter. I asked a few pedestrians if they knew where to go, and it seemed like it was the blind leading the blind. For a building of such importance, it seemed like no one really knew where to enter.

"...it seemed like it was the blind leading the blind."

I made a few laps around the courthouse and picked a random door to enter through. Once inside, I asked the first guard I saw to point me in the general direction of the “library”. To be honest, I wasn’t even confident what library I was searching for. When they asked which library it was, I said, “I don’t know, I just want a Divorce Kit.” The looks following that exclamation were priceless. Seeing that I am clearly younger – specifically 21-year old - woman, the policemen helping me were quick to judge my situation. 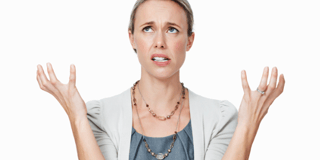 I followed their directions and entered the unmarked building in search of some library. I followed the signs inside and down the stairs, and after losing cell phone service and following what seemed like an endless hallway, I questioned if I was in the right place. Imagine if I was truly in an emotional fog and getting a divorce!  Eventually, I landed in front of the law library, and asked the first librarian I saw for a “Divorce Kit”. She then asked if both parties were in agreement or not. I didn’t know what this meant, and so badly wanted to explain that I was just here for investigative purposes, and not for an actual divorce! I sighed and asked for both.

"The woman on the phone failed to mention this to me but, my dad always told me that absolutely nothing in life is free..."

“That will be $10,” she said. I rolled my eyes and wondered why I didn’t see this coming. The woman on the phone failed to mention this to me, but my dad always told me that absolutely nothing in life is free, so I should have planned for this. I explained that I had left my wallet in the car and would be right back to claim my 32-page kit. I trekked back to my car and grabbed my purse and then proceeded to head back to the library again.

After going through security for the third time in one day, I finally was able to purchase the kit. When I finally had the chance to sit down to review, the forms were so confusing, and might as well have been in another language! I had no idea what I was looking at. The librarian offered no further explanation or knowledge of the divorce process, and when I attempted to ask questions, she recommended that I check out the FAQ section of the website on the kit. Geez, thanks- I never thought of that! (yes, hint of sarcasm here)

"The entire process [to file for divorce myself] was extremely exhausting and frustrating, and I would not recommend it."

The entire process was extremely exhausting and frustrating, and I would not recommend it. I cannot imagine how someone who was going through an actual divorce would be able to go through such a process in such an emotional, urgent state of mind. The environment was overwhelming, harsh, and quite frankly unpleasant. I can’t help but wonder how individuals seeking a divorce from an abusive relationship are able to take the time out of their day to run around this labyrinth of a courthouse with a positive attitude. I felt extremely alone and uneducated. Just obtaining the info was so daunting!  I know that if I were to partake in such a process, I would do so in a way where I felt educated, knowledgeable, and aided.

Filing for a simple divorce in PA by youself? Eliminate the confusion.

Watch our free introductory video tutorial of the 3-step process to file.

Topics: Do it Yourself Divorce, Fresh Starts

END_OF_DOCUMENT_TOKEN_TO_BE_REPLACED

Fresh Start: 5 Ways to Adjust to Life after Divorce

END_OF_DOCUMENT_TOKEN_TO_BE_REPLACED

How I Adjusted to the 'New Normal' of Divorce