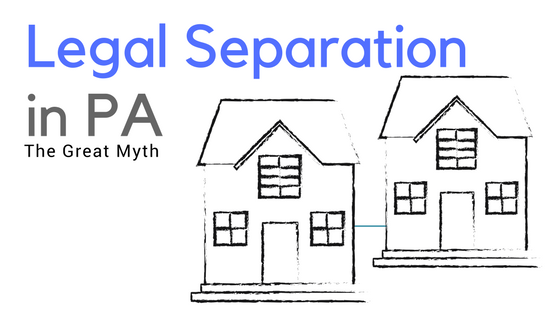 I am always amazed at the number of clients who ask me how they can get a legal separation in Pennsylvania. While a contract for a separation through a private civil agreement is common, in actuality, the concept of a legal separation does not exist in PA. Unlike several other states, Pennsylvania does not require separating parties to go to court and request a judge to issue what is called a "separate maintenance decree" that officially declares their marriage over.

So, how do we put something legal in place if there is no legal separation in PA?

Rather, separating spouses in PA may contract for their separation through a private civil agreement in which they can address the division of their martial assets and debts at the time of separation, child custody, child and spousal support, and/or alimony upon any divorce that takes place, life and medical insurance issues, estate matters, and how the interim bills, expenses, accounts and other finances are to be handled during the separation period.

What about the importance of a date of separation?

Date of separation in PA becomes a crucial question since the marital value of most assets and debts are measured as of this date. In PA, separation does not always mean physical separation.  In fact, spouses can be regarded as separated while still living under the same roof. The key question a court will ask is, "At what point did the spouses stop acting like a married couple?" Upon spouses notarizing their signatures on the agreement, it becomes a legally binding document under general contract principles. Any disputes under the agreement will be addressed by a general civil court judge, not a family court judge.

Do we need a separation agreement?

If you and your spouse both agree that your marriage is over, (and especially if you have since physically separated), but do not wish to move forward with a divorce for whatever reason, it is absolutely crucial to have a separation agreement in place which protects you both during this period.

This agreement can remain in effect for an indefinite period of time, and can also be amended at any time upon agreement of the spouses. If a divorce is subsequently filed by either party, the agreement may be attached to the divorce petition and presented to the family court for approval and final divorce decree.

What if we don't have a date of separation?

If left unaddressed, values of your assets and debts are likely to fluctuate greatly over time and this will inevitably result in a dispute between you and your spouse later on over when the separation occurred--all this because you didn't address it earlier at a time when you could both agree that the marriage was over.

How do we decide the date of separation?

Be mindful that using the mediation process will allow you and your spouse to choose your own date of separation that is most financially advantageous for both of you.  The courts will accept what both of you agree upon. 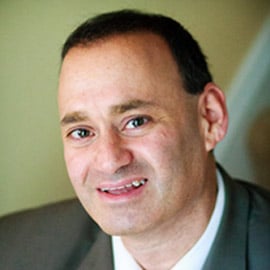 Planning a separation in PA?