Divorce Mediation in PA: How to Approach Your Mediation 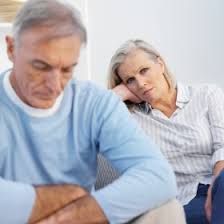 With divorce mediation firmly taking hold as one of the best optionsavailable for separation and divorce, many books, articles, blogs and manuals are now being written which offer very useful tips and suggestions on how spouses should approach their own divorce mediation case.

In my experience, I have found that there is a right and a wrong way for spouses to approach a divorce mediation matter. I always tell my clients that divorce mediation is very much what you and your spouse make of it. What I see most often, which can cause spouses to fail in mediation, is their own action that they take to sabotage their case before it even has the chance to get off the ground.

Although one might think that one or both spouses may take such action deliberately, given the often volatile and emotionally charged nature of a divorce, but actually, the opposite is the case. Most often, spouses are not even aware that what they are doing is undermining their abililty to succeed in mediation, even if they have the very best intentions.

This point can be best illustrated with an example of an actual case I recently had:

Husband and Wife decided to divorce and both wanted mediation. They entered into it with the best intentions and very high promise for success. To me, they both appeared to be model clients. In fact, their ability to communicate was so strong, coupled with the fact that they were amicable with each other, thay they were set up for a slam dunk easy settlement. I was never so wrong in my assumption.

As mediators, we always preach to our clients that they should keep their lines of communication open throughout the process. We encourage them to constantly discuss and assert their point of view, while also listening to, and respecting their spouse's point of view. However, this particular couple took these tenents to an extreme.

From the moment they signed on and commited themselves to the mediation process, they began to discuss in private every conceivable issue in their divorce, all while they were still gathering their financial documentation in the preliminary stages of their matter.

Their incessant discussions, "before the fact," resulted in eventual bitterness, disappointment and discouragement when they realized they could not reach an agreement on all the issues, after placing such high expectations on themselves. In addition, I discovered that wife, who had controlled all the couple's financial decisions during the marriage, assumed that she would also be making these decisions for their divorce, to simply be rubber-stamped in mediation and in their marital settlement agreement. She was shocked when her husband did not agree with her plan and instead wanted to be heard in mediation--an opportunity he unfortunately never had the chance to have.

The lesson to be learned here--never try to resolve all the issues in your divorce before you meet with your mediator. At that point, you have no reference whatsoever and have not received any education from a professional on the scope of all your rights and entitlements. Otherwise, why did you elect the mediation process in the first place?

In the end, when my clients asked me why they had failed, I told them they had not taken heed of my advice and had not followed the proper protocol for a successful mediation. But what I found most ironic was that they never even had the physical time to get prepared for mediation because they were too busy wrapped up in mediation.

Find out if divorce mediation is right for you.